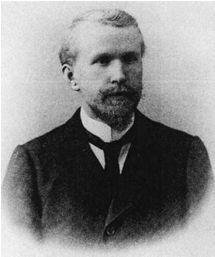 One of the most precious properties of the City archive of Gerlingen are 500 photographic slides of Wilhelm Maisch that he had produced during his time in China and that portray the work of the mission and the daily life of the people in China. The photographic collection was the property of the family Maisch in Ravensburg. Taking the enormous documentary value of the collection into account it is planned to produce copies and hand them over to the archive of the Basel Mission. A selection of the pictures can be found here...

“On the 2 July (1924) while celebrating our annual mission fest at the Leonhard Church in Basel we received a cable from China informing us of the death of brother Maisch. Although we knew about his illness the news still hit us completely unprepared. Humanly speaking this is the biggest loss for our mission in china." - With these words begins the obituary by mission director Dipper in the mission magazine 'Heidenbote' under the title:   In memory of our Provost Maisch. 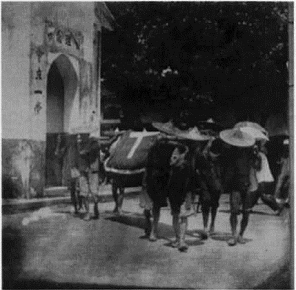 Two years earlier he had left again in order to complete the construction of the Basel Mission in china and its transformation into an independent Chinese church, a project that had been prepared for 16 years. 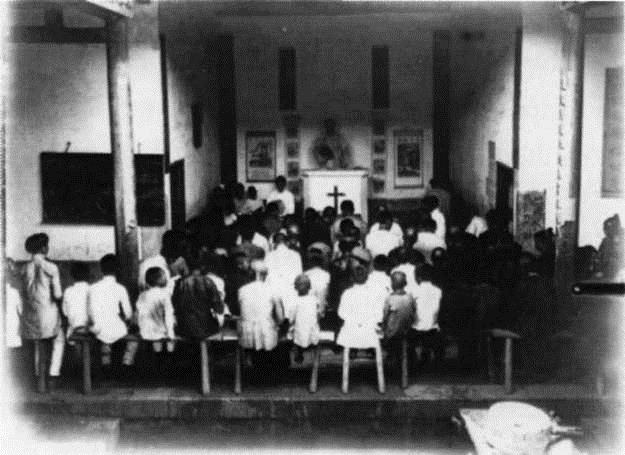 Many missionaries had contributed to spread the gospel in the Southern part of the huge empire of china. Now the time had come to turn the mission into a church that was not only independent of the foreign missionary, but also of foreign financial support. Maisch wrote: “A whole period of mission history is completed and a new period begins. The time that foreign missions and missionaries controlled the life and work of the church is definitely over. The foreigner must relinquish his dominating position and team up with the Chinese in equal partnership. "

These were strong words for many missionaries and friends of the mission and not everybody liked them. 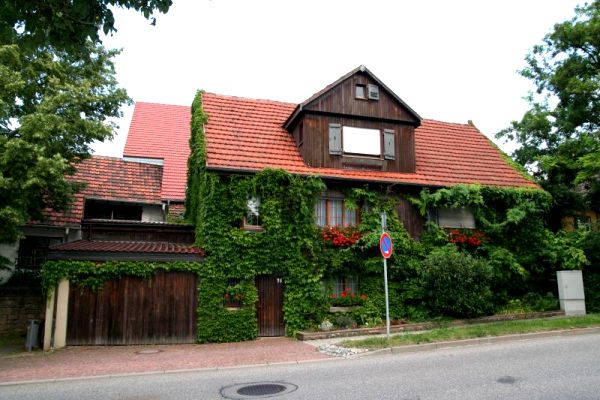 Birth place of Wilhelm Maisch: house in Hauptstrasse 75 in Gerlingen/Germany

Wilhelm Maisch was born in Gerlingen (Germany) on the 13th January 1878 as son of Christoph Maisch, a carpenter and later forest warden, and of Marie, maiden name Zimmermann. It is told that he was a talented and inquiring boy who drove his mother to despair by his constant inquiries. It is said that she threatened her husband with leaving him if he wouldn't arrange the young boy to enter school at an early age. That is why he entered school at the age of 5 years as youngest and most outstanding Student.

He became a carpenter. During his vocational training he visited the design lessons of teacher Uhl in Gerlingen. This enabled him later to draw plans for his Chinese partners that they in turn understood without many words. 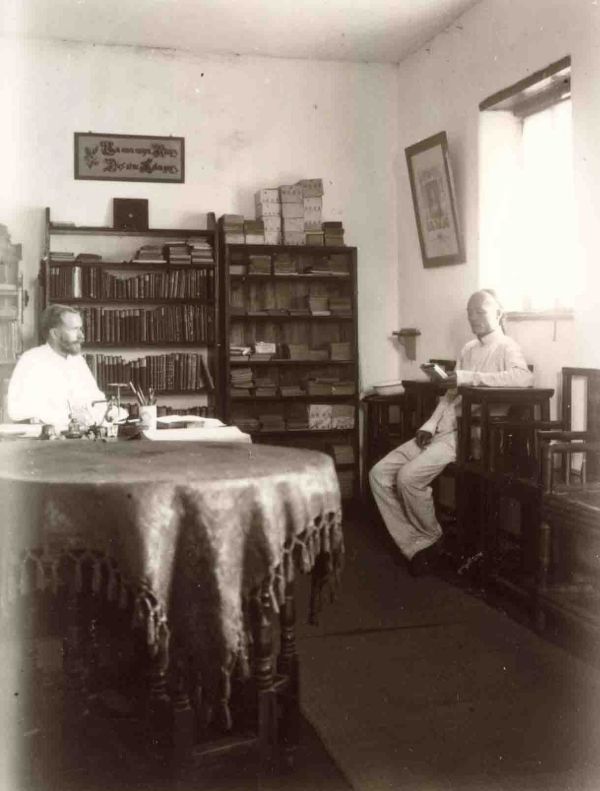 He found a spiritual home in the young men's association in Gerlingen where Pastor Moerike shaped him. 1897 he applied to the Basel Mission and was accepted. He easily managed the academic subjects, particularly Latin, Greek, Hebrew, and English. After the missionary education he was assigned to China. About his departure from China he wrote the following:

"It was on the morning of the 7th September 1904 when a carriage with two lively horses came to our house. My uncle, the brother of my mother, came to pick me up for the long journey. I rather keep silent about the minutes that followed.

Only those who have gone through similar experience may imagine what one feels in such a Situation. After bidding farewell to all the beloved neighbors, friends, and relatives I climbed the carriage. A final 'May God bless you' was exchanged and we left. Leaving the village people waved and bade me farewell. It is in such moments that one realizes what 'home' means. We had a half hour way to the train Station in Ditzingen. My father was sitting next to me. Seven years earlier he had accompanied me on my way when first traveling to Basel to enter the mission house. Already then he had a heavy heart. How much more now! We sat silently together. My uncle, a strong friend and supporter of the mission and thus glad about my departure, kept silent too.

That is how we reached the Station. Now it was time to cut the last link. This was maybe the most difficult moment. I always remember how my father was standing on the platform, motionless, silent, looking after the departing train. Half an hour later I was in Stuttgart - alone; the bridge behind me was severed.”

First duty: To build a Station

It took Wilhelm Maisch three months to reach his destination in China; 38 days from Genoa (Italy) to Hong Kong, further 14 days on the East River from Hong Kong through Canton to Laolong, and from there by foot and for the last part on a horse
to Tschongtshun. Exactly a quarter of a year had passed since he had left his parental home. His missionary service in Hoshuwan began with the construction of Station. 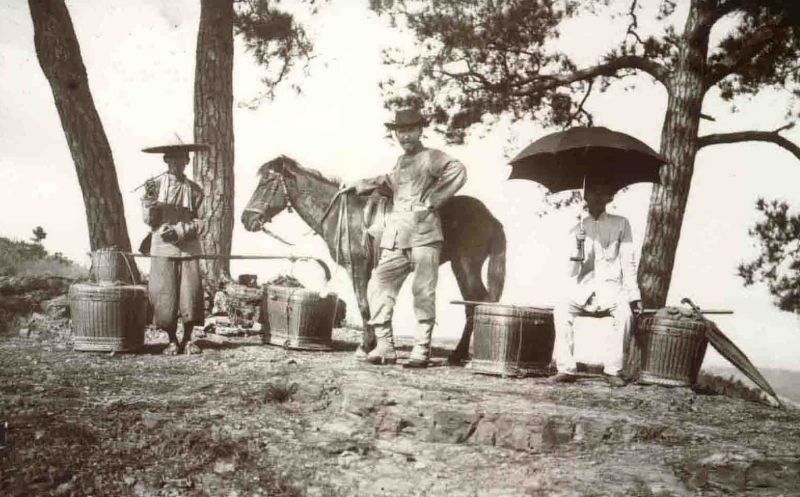 “Even more difficult than the financial aspects of the construction were the technical aspects. Although as a carpenter I had some knowledge it is still another matter to build houses, to level and drain the ground and to dig wells. Besides the construction I was also in Charge of the boys' school with 30 students. I haven't had any previous experience in direction a school. My duties included receiving applications, and, without knowing anybody, to decide about the board wages. There was no teacher around. The one we got only arrived at the same time as the students. I had to decide with him about the curriculum and about what study books to buy in Canton. All of it was a mystery for me as I didn't have any expertise and a new curriculum was introduced. I also had to cater for the bodily needs of our students, for food and lodging. We always kept four or five pigs in our institute because with so many people eating together (including the construction workers who joined us for our meals) there are always leftovers to feed the pigs. One pig I had received from Brother Lutz, four others valuing 35$ I bought myself. In May and June a splenic fever epidemic broke out and many of the pigs in the area died.

I lost two of my five pigs within three weeks and the other three I had to sell ill. And then there is the actual missionary ministry, but before getting there I was also in charge of the administration of four congregations each of which has a church fund and a welfare fund for the poor overseen by the missionary... The actual missionary work was put on hold this year… Besides I also act as doctor. People come from faraway to be treated or to buy medication. 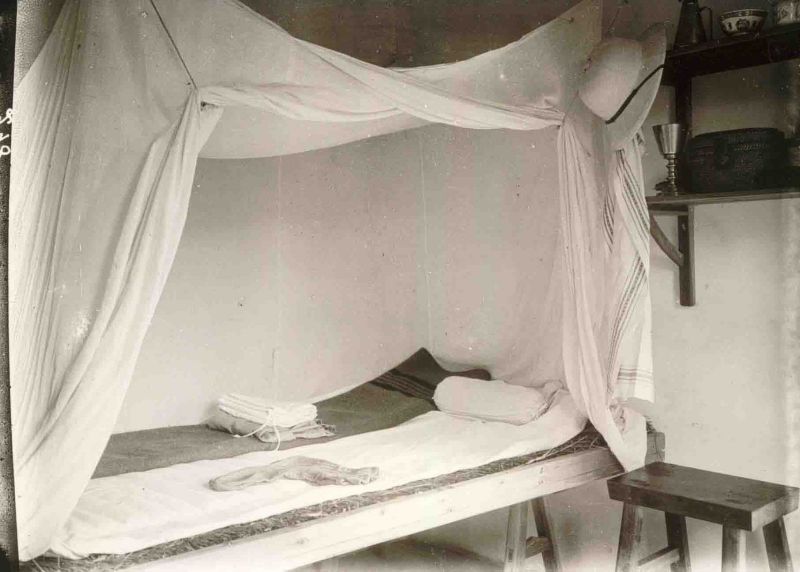 These were in short the ministry and sufferings of a missionary in China. With time the construction burden lessened, but new duties emerged that kept him for weeks away from home, and from his wife Louise, maiden name Lohss, who at the end of 1907 had joined him. He had initially obediently abided by the rules of engagement,
but later strongly opposed to these rules and finally overturned them. Wilhelm Maisch and his wife soon got two twin boys, but they passed away shortly. It was bitter for the couple when hearing from a Norwegian doctor in Hong Kong that they could have saved them by giving them a daily teaspoon of orange juice. They had died of scurvy. And plenty of oranges and lemons were growing in their garden! In the process of the next six years another three children were born, two boys and one girl.

In the midst of the Chinese revolution

1912 the great Chinese revolution erupted and overturned the Manchu dynasty. The Chinese felt free and as sign of their newfound freedom they cut off their plaits. The missionaries were asked to leave their mission Station and to go to Hong Kong to avoid danger. Wilhelm Maisch also escaped with his family.

After returning to the mission Station Wilhelm Maisch received a photo camera from his relatives that he used intensively. He also produced slides, colored them himself, and used them as a great tool for his evangelistic preaching to the pagans attraction more than 1000 people. However, evangelization was not the purpose the camera was used for. Sometimes the mandrain (government official) called upon him to take photos of criminals before they were executed.

Wilhelm Maisch and co-workers in Wintse 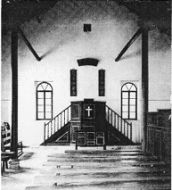 During the time in Hoshuwan missionary Maisch started to think about the Stagnation in the evangelization. He realized that it was crucial to include the Chinese much more centrally in the ministry and to hand over responsibility to them.

In a report to Basel he wrote:

“When I arrived the missionary was the one who was in charge of everything. The (Chinese) teachers were only in charge of the curriculum. The whole financial administration of the school, the purchase of every pen, pencil, and book were his responsibility, and he also needed to collect the funds for the schoolbooks. Nowadays Chinese people are in charge of most matters, including the registration to the primary school. The missionary only maintains a some supervisory function, and remains in charge of some of the devotion, the examination, and the annual accounting. Previously the assistants were smoking their pipes, took the children for a walk, and watched the missionary working and critically commented what they saw. This has now changed. Everyone has his own responsibility. Sometimes they are sighing, but ultimately they like it because it is not only a bürden, but also an honor. The relationship between Europeans and the Chinese did not turn negative because of this, but clearly more positive. "

1911 Wilhelm Maisch was elected provost of the district of the East River Now he could realize his ideas.

He had been 10 years overseas when 1914 it was time for his first home leave. The hot climate and the heavy workload had affected his health. However, the First World War broke out, and it was unthinkable to get back home. 1916 health reasons obliged him to ask the Committee to release him of his duty as provost and allow him to move to a Station where he could regain strength. 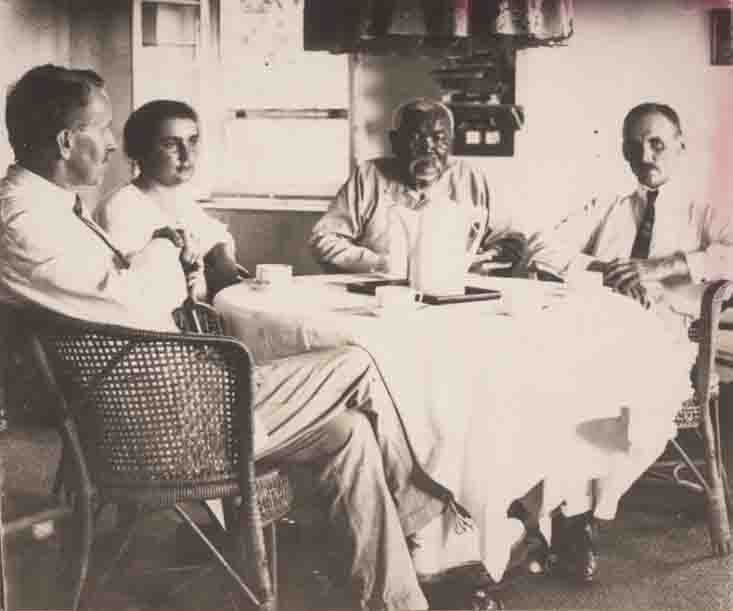 Because China was not involved in the First World War his family was not detained. After the end of the war on the 23ld February 1920 they boarded a Japanese cargo ship and after a journey of 52 days they returned to Hamburg. They found a temporary stay in the parental home and place of origin of Mrs. Maisch in Welzheim. When the Position of General Provost of Southern China was to be filled in 1912 he was urgently offered this position. Because his wife had not yet fully recovered he departed to Shanghai on the 1st April 1922 on his own. His wife was supposed to follow later. On a journey to a preaching Station he fell ill of dysentery. Suffering of heart failure Wilhelm Maisch passed away in Kutchuk on the 25th June 1924, aged 46. 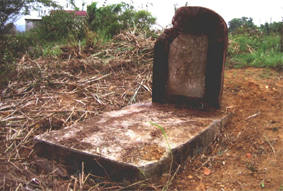 Grave of Wilhelm Maisch in Kutchuk/China

Here you can find documentation about Maisch by Imanuel Stutzmann (Presentation in PDF format).

The named place is written in the actual Pinyin-Writing Heshuwan and is located in the Meilin-District in the Guangdong-Province (other, elder type of writing: Hoschuwan, Howan). The Guangdong (old Canton) - Province surrounds Hongkong. If you look at a map (e.g. the Times Atlas) and if you find the place Heyuan (former Honyen), which is located about 170 km north of Hongkong at the Dong Jiang (=Eastern River) then you find Heshuwan about 40 km east of this city nearby a little river. Heshuwan itself and this river aren't mentioned in this version of the Times Atlas. If you have Schlatter, History of the Basler Mission, then you find these places at the added map. At www.bmpix.org are about 100 pictures of the village.