The house where Johannes Rebmann was born, in Kirchstrasse (Churchstreet) 18 in Gerlingen, Germany is a 400 years old timber-framed house. In 2003 - 2004 it was refurbished on the initiative of the citizens' action group. On January, 9, 2004 the opening ceremony  of the "Missionarsstube"  (Missionarie's  room) took place. 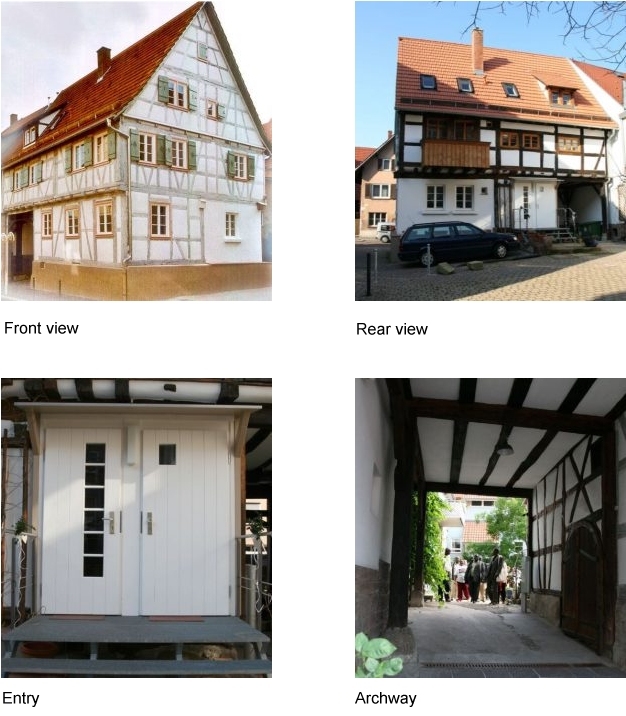 It was renovated because of the initiative of a citizens' action group. Today it has the  "Missionarsstube" (Missionarie's room), which is a memorial room for Gerlingen's missionaries and a place for getting together.

Rebmann House had an attraction for the people already before it's opening ceremony. There was a Vernissage, an art opening, in September 2003.

The house is not only a memorial place for Rebmann and the other missionaries but also a sign for the cosmopolitanism outlook of Gerlingen's inhabitants. Over more than hundred years quite a few farmer's sons who were talented, strong believers and of strong character, left home village life and went to unknown Africa, India or China. After the Second World War women and men from Gerlingen went as missionaries or development aid workers to other countries, above all in Asia, Australia and South America.